Friday night, February 23, 2018, it all changed. The shift happened. It was the culmination of a few recent and not so recent events, including a long piece that I’d written after watching a movie. It turned into a blog post candidate, addressing the numbness of trauma, as I’ve been feeling traumatized recently and at a loss as to why and what to do about it. Then I saw another movie, and I saw myself in that one, too, as the main character went away from civilization and the madness of humankind. Yet another movie fed my need for that tragic romanticized cursed hero. A meetup last Sunday, a talk with my first tribe/best friend/soul sister, who suggested yet another movie…for which I had to buy the book(which just arrived Friday) and then Friday night. BOOM! 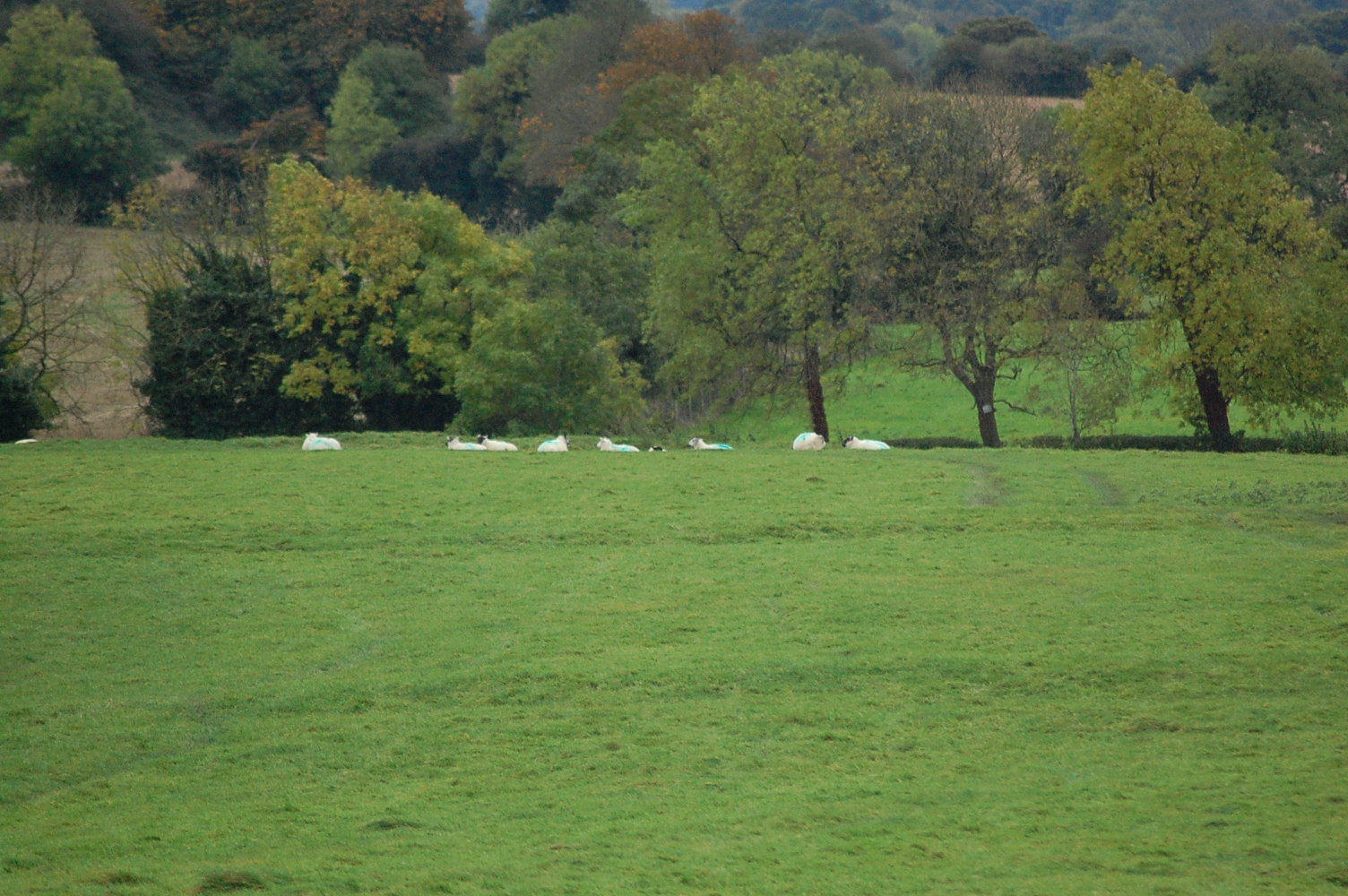 My talk with soul sister friend one(SSF1), on Wednesday, coincided with a doctor’s visit for pain and an odd issue that I wanted to get checked. It was mostly about physical pain, though emotion plays its part in it. The saying that the only way around the pain is through it resonates with me for several reasons. I have never had pain for more than a few days before in my life. Dealing with daily pain is very tiring, exhausting, it is a full time job. SSF1 and I have had many talks, because I care for her health and comfort, because she is a light and a treasure in my life. Because she is dealing with the effects of things within her body and within the environment that cause her pain. She is dealing with the aftereffects of an auto accident, as am I, in addition to pain and the sometimes scary effects of aging.

Thursday brought yoga, which has been healing to me, mind, body and soul. The lady who owns the studio said that I need to reduce my stress if I am going to heal and reduce my pain. That is a challenge, being a single mother of two teenage boys, as we all continue to recover from abuse. I am looking to find ways to reduce the stress, and so this fits in amongst all the rest of the course of the past week. I have to be gentle and modify for some of my practice since the accident, but still the benefits are tremendous. I do at least 30 minutes of meditations per day, they calm and ground me. They help me to put aside things and reapproach them later with more clarity.

Friday night, I had a talk with a newer soul sister friend, SSF2, mostly about the emotional pain. The one part that I left out of this conversation was emotional dumping. I didn’t bring it up because we’ve discussed it before and I pretty much had that identified and sorted, it was just the getting through and letting go. Venting is normal, life is full of stressors and we need to be able to talk about them to those who are trustworthy and truly care for us, who will listen to us openly and with love…without ulterior motives. Sometimes we need to vent about people who are mistreating us. Sometimes we need someone to listen. Sometimes we need new ideas on how to deal with a situation. Venting is helpful unless one falls into a repetitive pattern and shows no inclination to change. That being said, you may want the situation to change and the other person may not care. If you are trying to change your approach, and trying things to change and better the situation, it is normal to have fears and frustrations and weariness in doing so. Venting is necessary in cases of abuse, though it will likely be more generalized until the victim starts to recognize that it is abuse and not just a bad relationship.

Complaining about anyone, but especially about an intimate partner who isn’t abusive, but isn’t what you want, vilifying, making fun of or making light of their insecurities, all the whilst enjoying comforts that they have helped afford you? Complaining to someone in order to get their attention, take up their time, keep them from interacting with others, for the sake of seeking pity, especially with those who are already overburdened in their life? These are forms of dumping, and it is unfair and unkind. First it is unkind to the person whom you are dumping about, second it is unkind to the person on whom you are dumping, they do not want to be put in the middle of the situation, whether they know the other person or not. If you are unkind and ungrateful to those whom you claim to love…you will be unkind and ungrateful to the next and the next. Someone else will always be the problem, and you will always need a newer and better person onto which you can dump your problems, as you will wear down those you dump on…and they will move on. 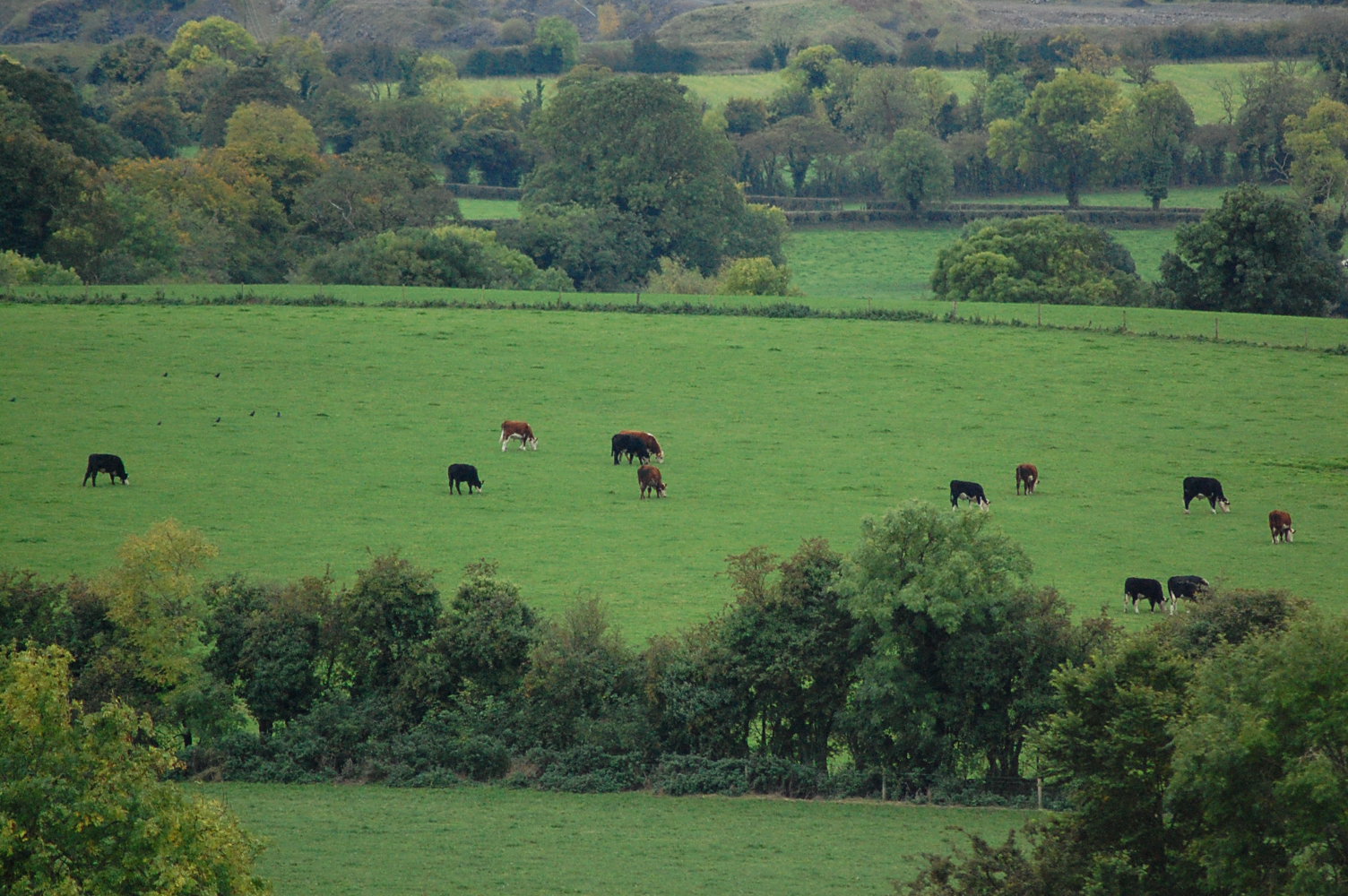 As I had the dumping part sorted, most of the conversation with SSF2 centered around other behaviors that were really irritating me. These behaviors were coming from a few different directions and so I didn’t realize what a vortex was created, all I knew was how it was making me feel and what it was doing to my energy levels. Sometimes relationships aren’t what we thought they were, sometimes people aren’t who we thought they were. Sometimes we are so utterly stunned by another person’s behavior that we need to withdraw and sort out our feelings. Teenagers are their very own bag of fun. If a person drains you, stop and try to find the reasons why. They may be someone you like very much, they may be someone who turns out to be very different than the person first they appeared to be. You may be utterly confused why this person drains you so very much. Look at their behaviors, how they speak to you, what sort of tone they take. Are they domineering, are they constantly correcting you? Do they make you question what you know, your abilities? And here is the hardest one…do they act completely different alone with you than they do around others. Do they save their darker behaviors just for those quiet moments when they are alone with you? These things are crazy making.

SSF2 and I talked about crazy making. Attention seeking, constant drama, the story always being directed to the center, their center. Covert attempts at control through strategically expressed concerns. Conversations intended to make you doubt, intended to make you feel less, less intelligent, less capable, less worthy, they are intended to control you. And they can be delivered with the sweetness of maple syrup served with a side of rainbows and unicorns. Make no mistake, crazy making is intentional, purposeful. Attention? Who doesn’t want it? Desperate for it? Crazymakers are…it is their supply. Competition in those realms in which they excel feeds them, makes them feel validated, vindicated and they cannot show them off enough…sometimes others may get a token mention. They will champion others…oh yes, because that brings a validation and vindication that those other behaviors are not intended maliciously…they are for your own good to make you better. Only you can truly figure out how to make you better, and you are always more than enough. Crazymakers can tend to be well versed in dumping, too…hence the tie-in. Sometimes the crazymaking just consists of monopolizing your time, keeping you from interacting with others…which should be a red flag, as it is isolating, too. Friday’s conversation was full of laughs and serious stuff and I am so very grateful for a wonderful friend who was willing to listen and offer feedback, to be a mirror and a sounding board. 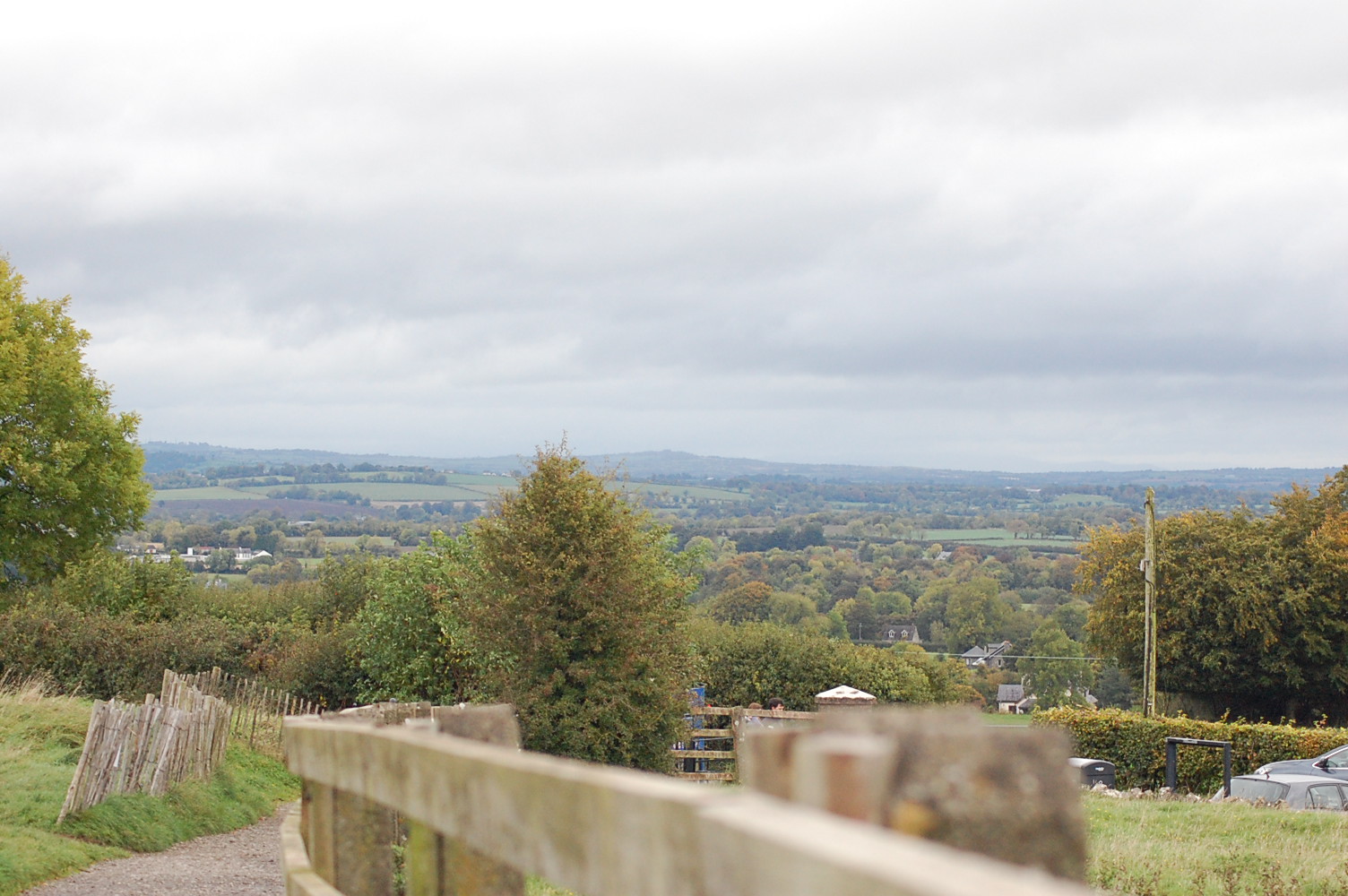 On Saturday we had baseball tryouts and then soccer later on. I didn’t have much time in between and needed to run an errand. The universe had other ideas, as a passerby stopped whilst I was out feeding the horses and asked if I had a pig. I said no…wondering why she was asking me…there was a pig walking down the road…toward my house. I sighed. The pig was coming over again…and I didn’t have my phone with me, and by the time I would get back to the house he would be there, too. Sigh. I was not in the mood.The pig belongs to the neighbor, I told the woman. So, back to the house…with the pig following, though back a good ways. The pig is the neighbor’s crazy…not mine. I was not happy that my plans were interrupted, as there are only so many hours that certain businesses are open, especially on the weekend. I told the pig of my displeasure and he was not impressed. I tried to lure him with food and he didn’t budge more than a few steps. It was time to get rid of someone else’s crazy.

I’ve never had pigs, but I’ve seen them handled and there is a peculiar thing about them…it is easier to get them to move away from you than it is to get them to follow. I know how to very calmly and gently get a pig to go where I want, I stopped being annoyed and directed the crazy back where it belonged. And then it hit me…the lesson…to push the crazy back where it belongs. Don’t get me wrong, it will try and try to make it’s way back, to be important. To wave it’s hands and say look at me, look at me. But it is not mine, and it cannot touch me. It cannot take anything from me and cannot make me less. It cannot force me to compete with it, for I am above the petty competition between humans, those seeking to demean, degrade and diminish. To keep in check, to let me shine just so much…no… I am in competition with myself, and you know what? I’m winning. 😊 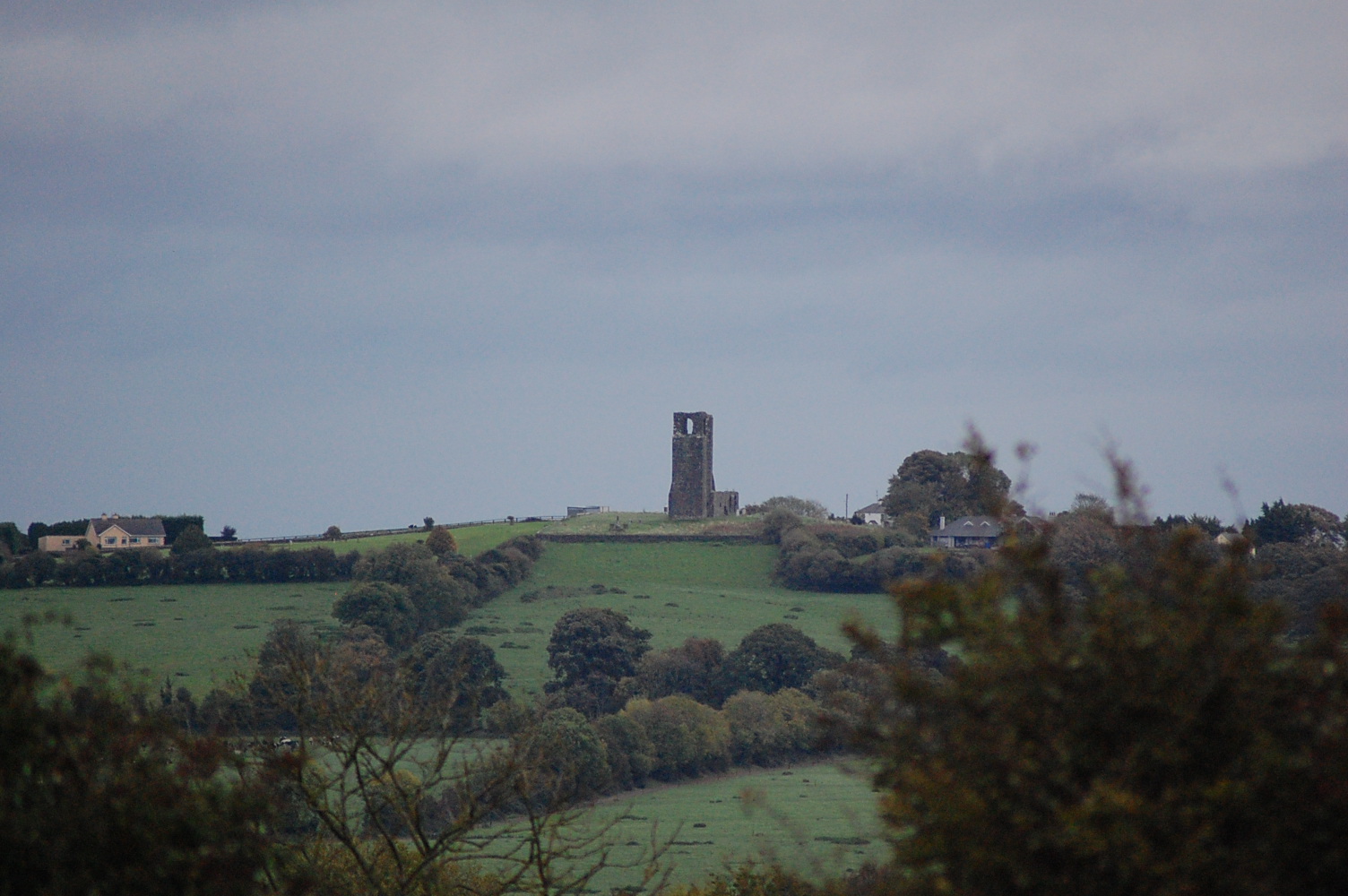 All photos are original, taken by the author, unless otherwise noted.
Copyright © 2018 Warrior Miss